Tajumulco, Central America’s highest peak is actually a massive stratovolcano and is located in western Guatemala near the Mexican border. We left Xela for Tajumulco Friday afternoon with the plan of staying the night in a hotel near the trail head and starting the hike Saturday morning. We used Guatemala’s public transport, widely known as chicken buses across Central America, to make the three hour journey. If you are not familiar with chicken buses they are retired American yellow school buses that have been seriously pimped out. They have a whole new paint job, LED lights displaying the destination, and plenty of stickers that read “Jesus es mi amigo”for good measure. If you ever felt like that the American school system inconsiderately packed you into a seat with two other school kids then imagine that scenario again but with three full grown adults to a seat and then an aisle overflowing with people and at least two butts smashed against you for TWO HOURS. Needless to say its uncomfortable, and you become an excellent contortionist, but it is a fun experience to experience at least once, but probably no more.

After one bus change and one flat tire, we were dropped off in what felt like the middle of nowhere. The only proof that there was a hotel around was from a TripAdvisor review I read, I could not find the hotel online. I had put a lot of faith in this one reviewer so he best not let us down! There was no hotel in sight where we got dropped off so we started walking downhill until we saw a sign for the hotel. From where we were standing, all the lights were off and the place looked completely abandoned. My heart sunk. I didn’t have a plan B. However, as we got closer we saw one light on downstairs and the caretaker was out front and we were able to get a room no problem. We had a delicious dinner across the road and then were asleep by 9 o’clock. 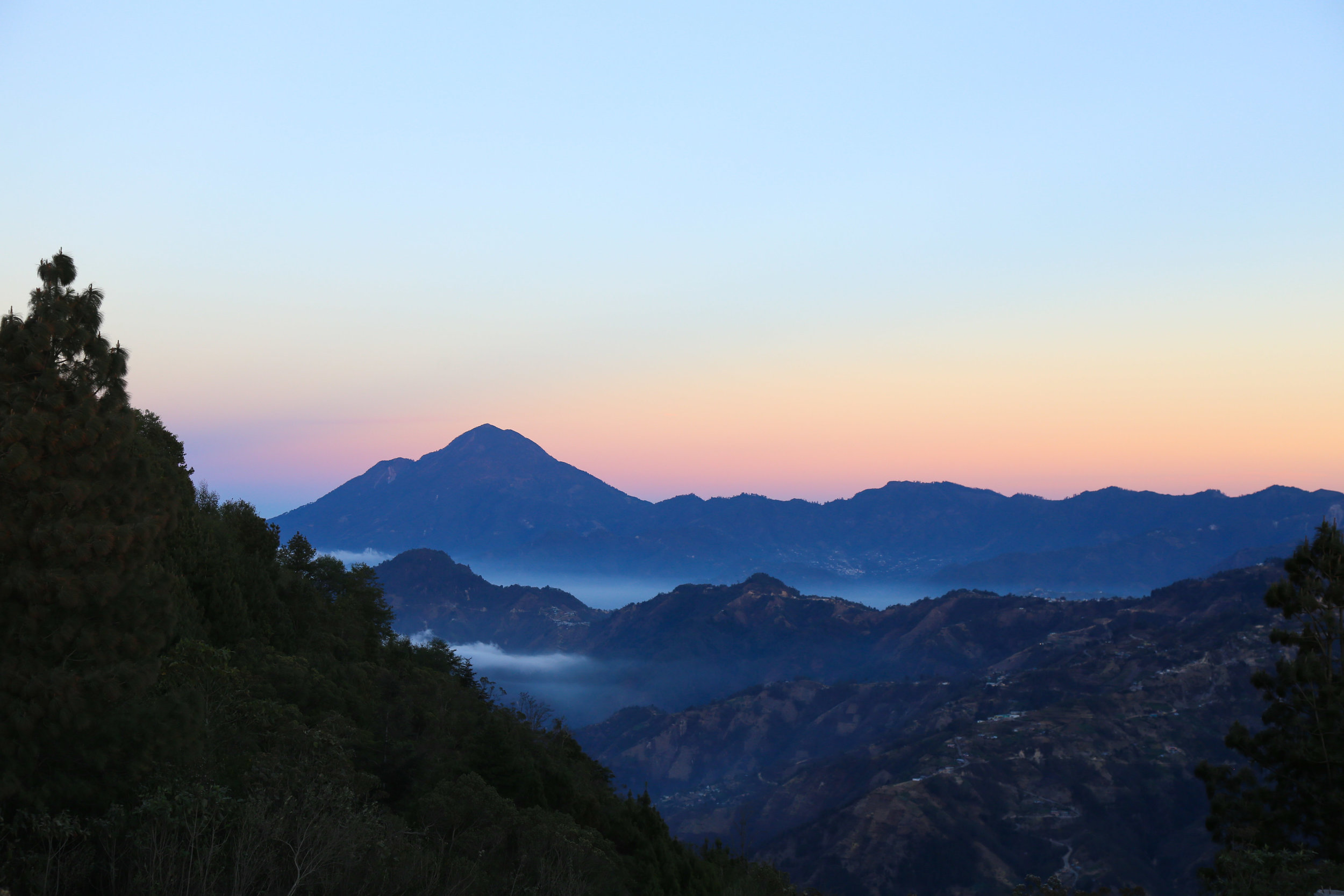 We started the break at 6AM just as the sun was coming up. It was breathtakingly beautiful watching the morning colors ascend around the mountains and the clouds fill in the valleys. Round trip, the hike was about eight or nine miles, however it took us four hours to walk the first 4 miles to the top. With the altitude and unceasing incline, I had to stop for breaks frequently. At the trailhead you are almost at 10,000ft in elevation and once at the top you’ve reached an elevation of 13,845ft. The most fit of people can get to the top in three hours. 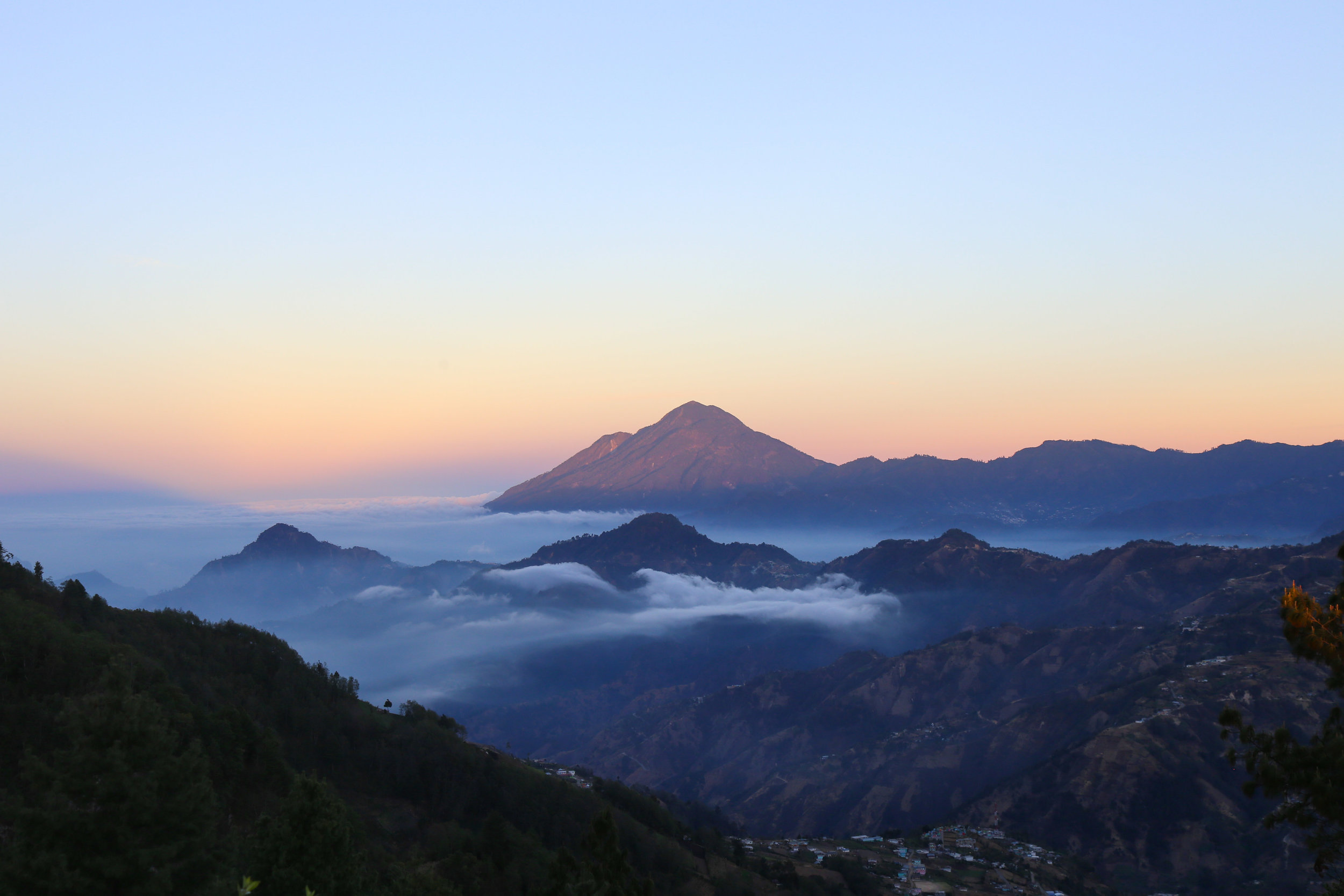 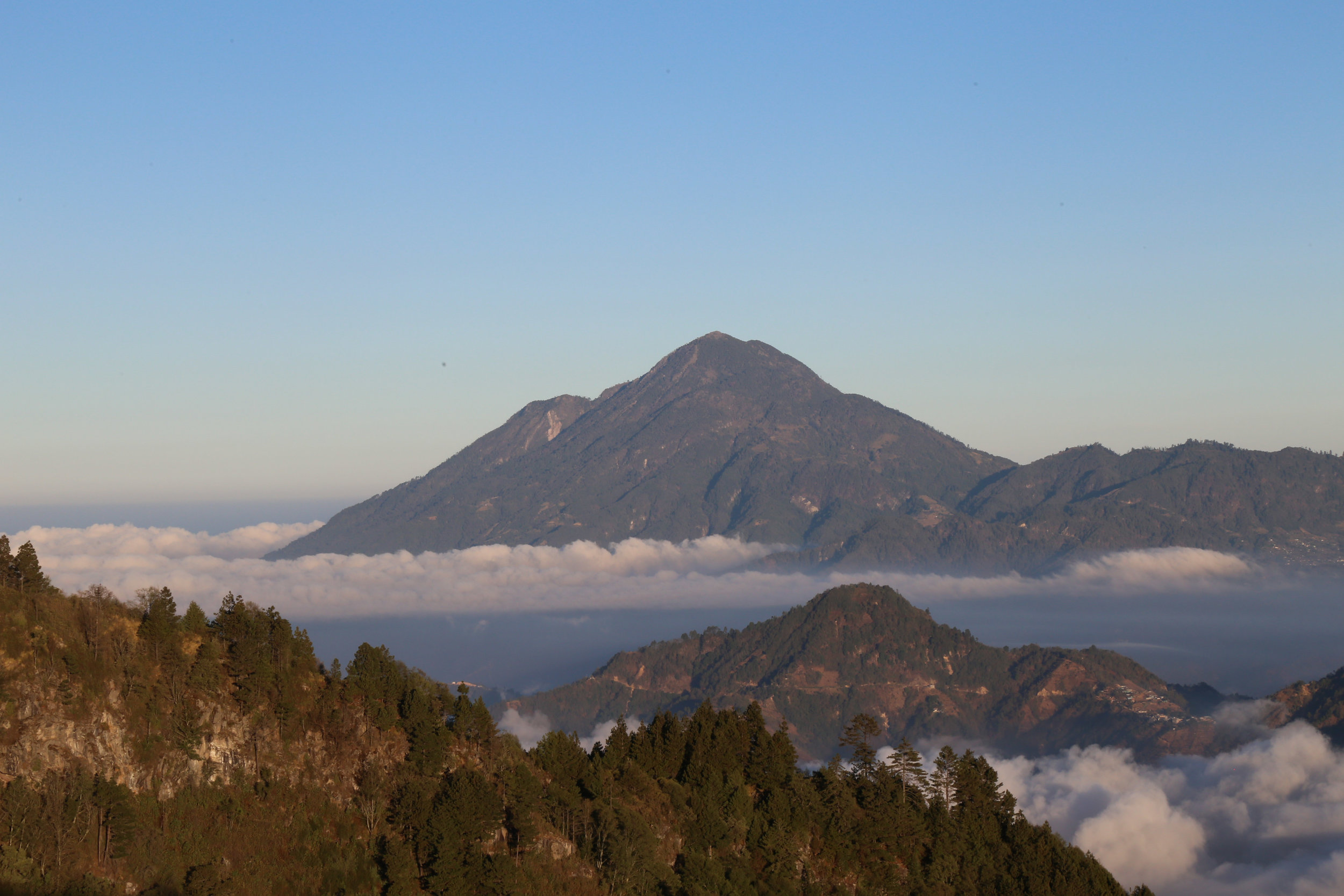 I had heard of tourists being robbed on these volcano hikes in Guatemala, but I did not take the stories too seriously. There was a point on the hike up that I noticed a large group of 10-15 Guatemalan men with machetes catching up with me. I instantly thought back to the stories I head. I looked like an easy target with my expensive Canon camera slung across my body. However, once they caught up to me they quickly passed me and paid me no attention. Later on the trail I had the chance to talk to one of the men and they come up once a month to clean the trail of trash that inconsiderate hikers leave behind. 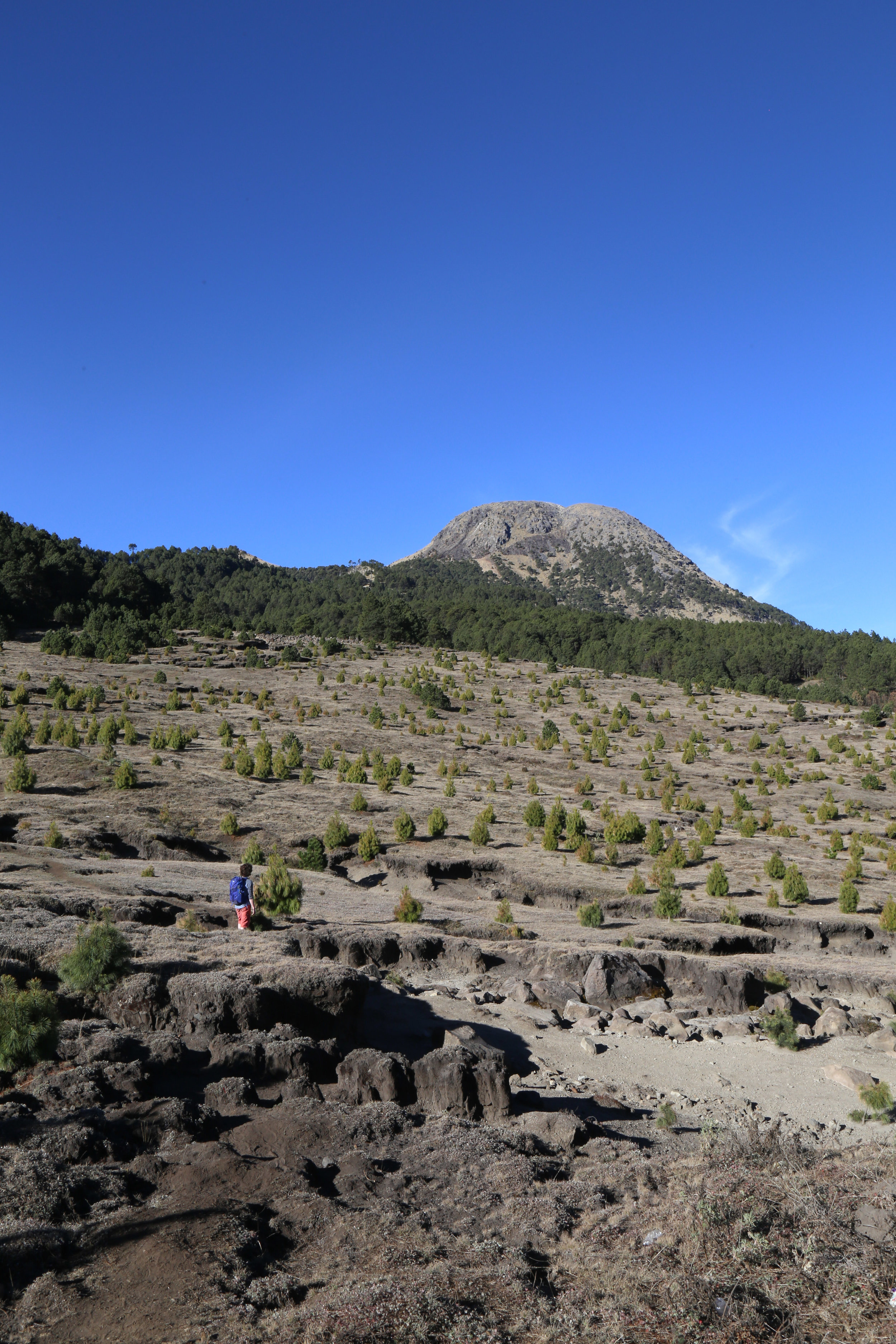 The top of that funny looking dome in the distance was our destination. It never felt like it was getting any closer until it was suddenly right in front of us. 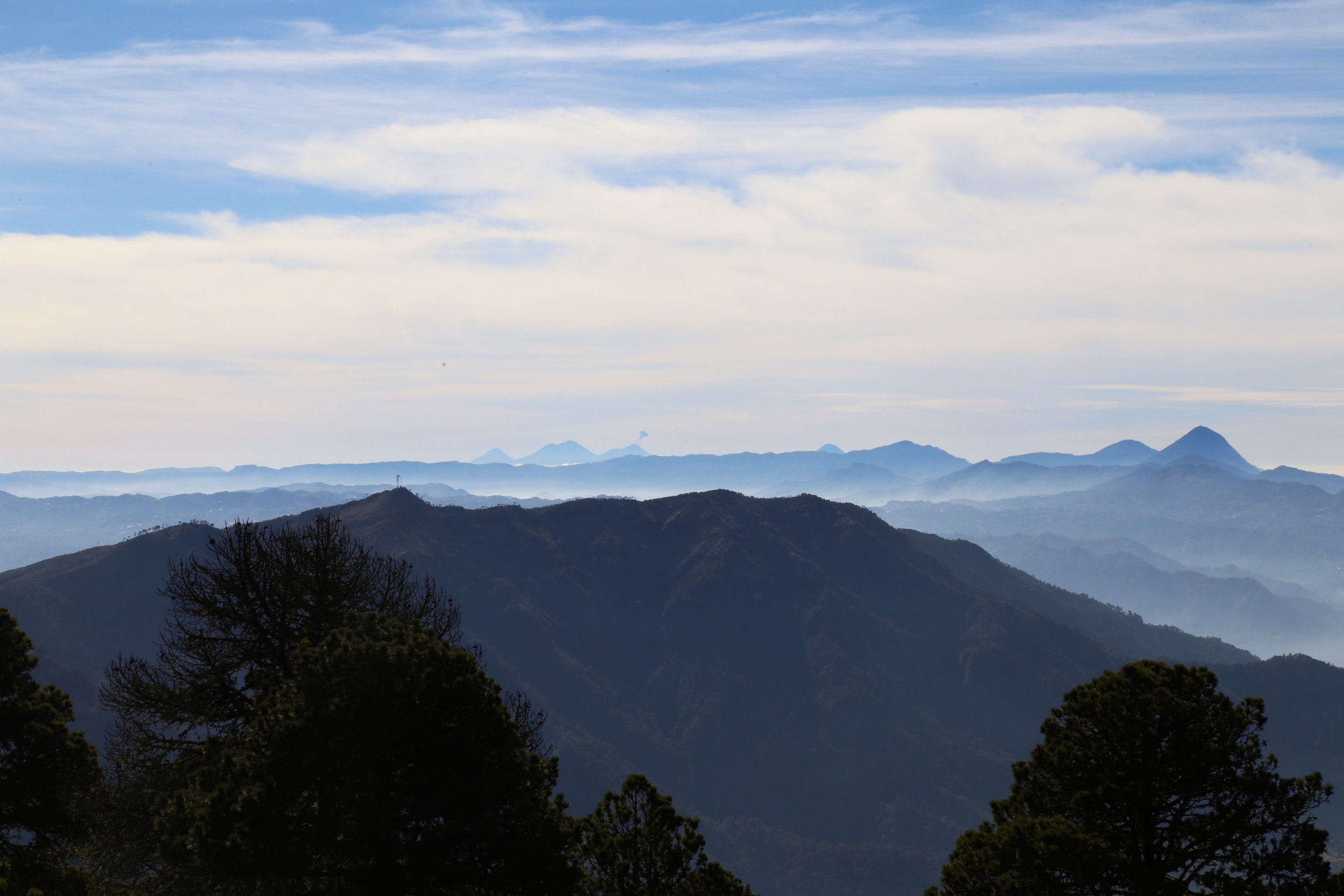 During the hike up we could see other volcanoes in the distance. I you look closely you can even see one erupting! 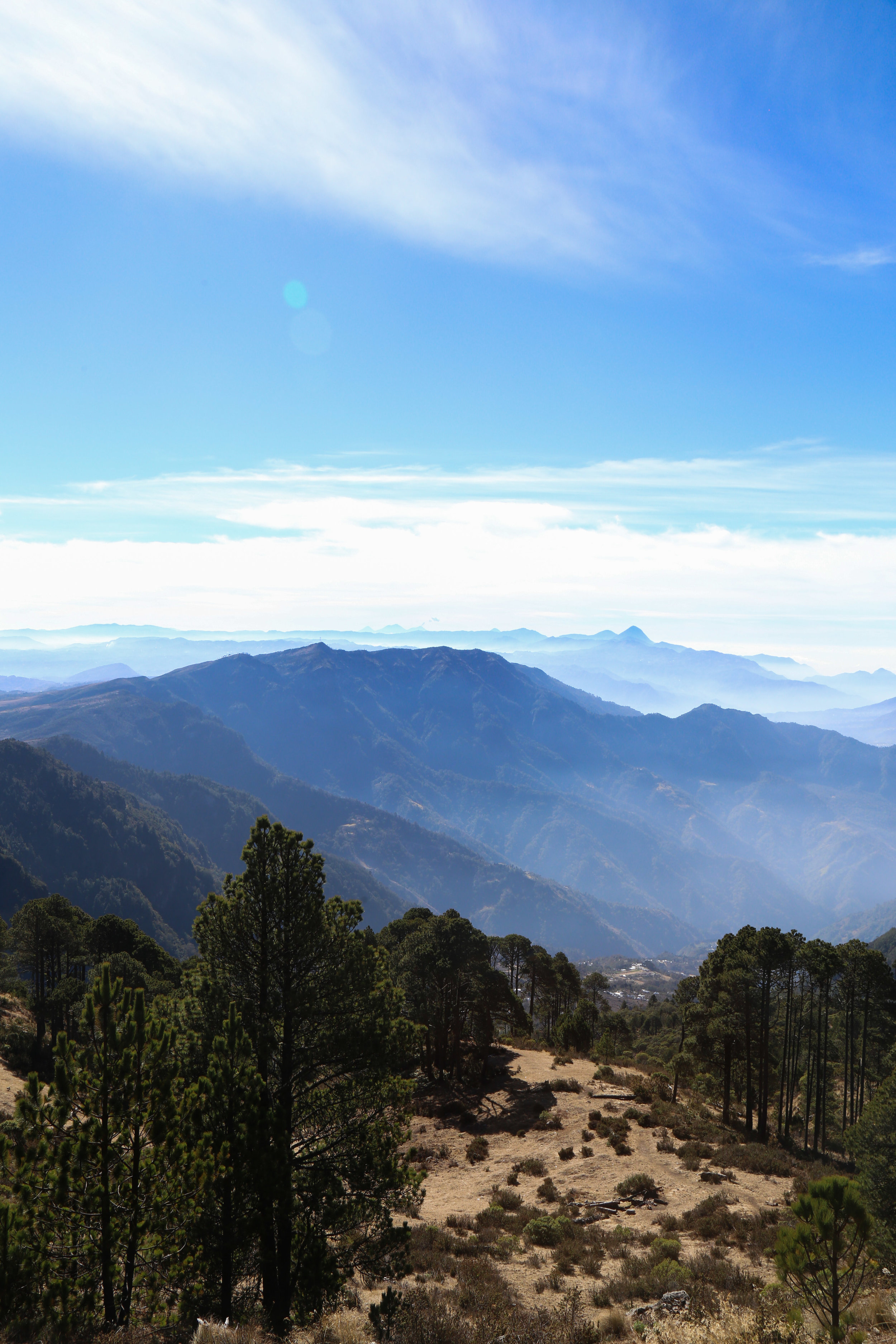 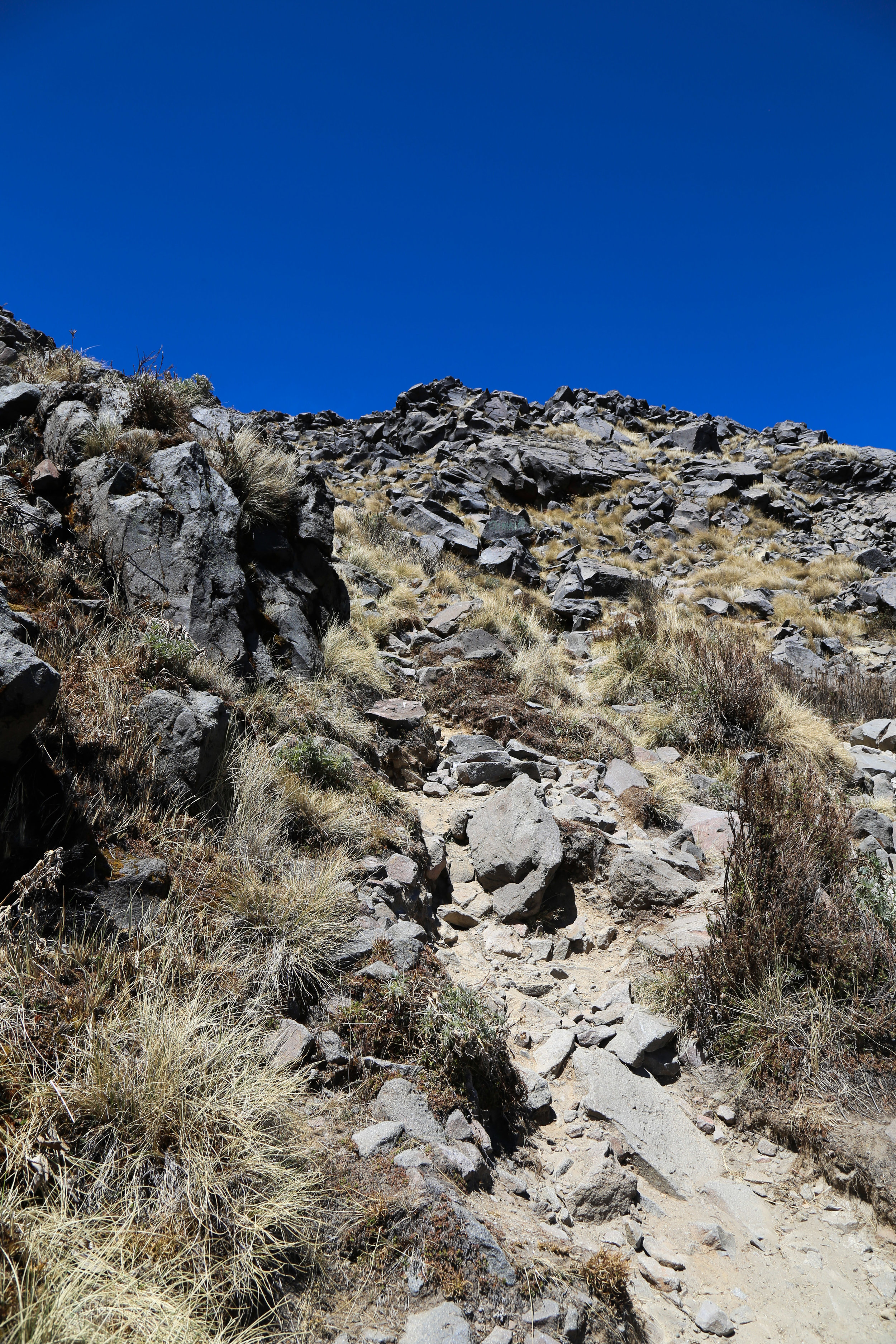 The last half hour was a scramble up a mixture of rocks and boulders to get to the top of the dome. The hike was one of the hardest I’ve done, but like any hike it was worth it once we made it to the top, above the clouds and overlooking all of Guatemala.

We managed the hike quite fine without a guide. There were a couple points where we weren’t sure which way the trail went, but as long as you stick to the dirt road until its end where a metal chain marks the end of the road you’ll be fine. 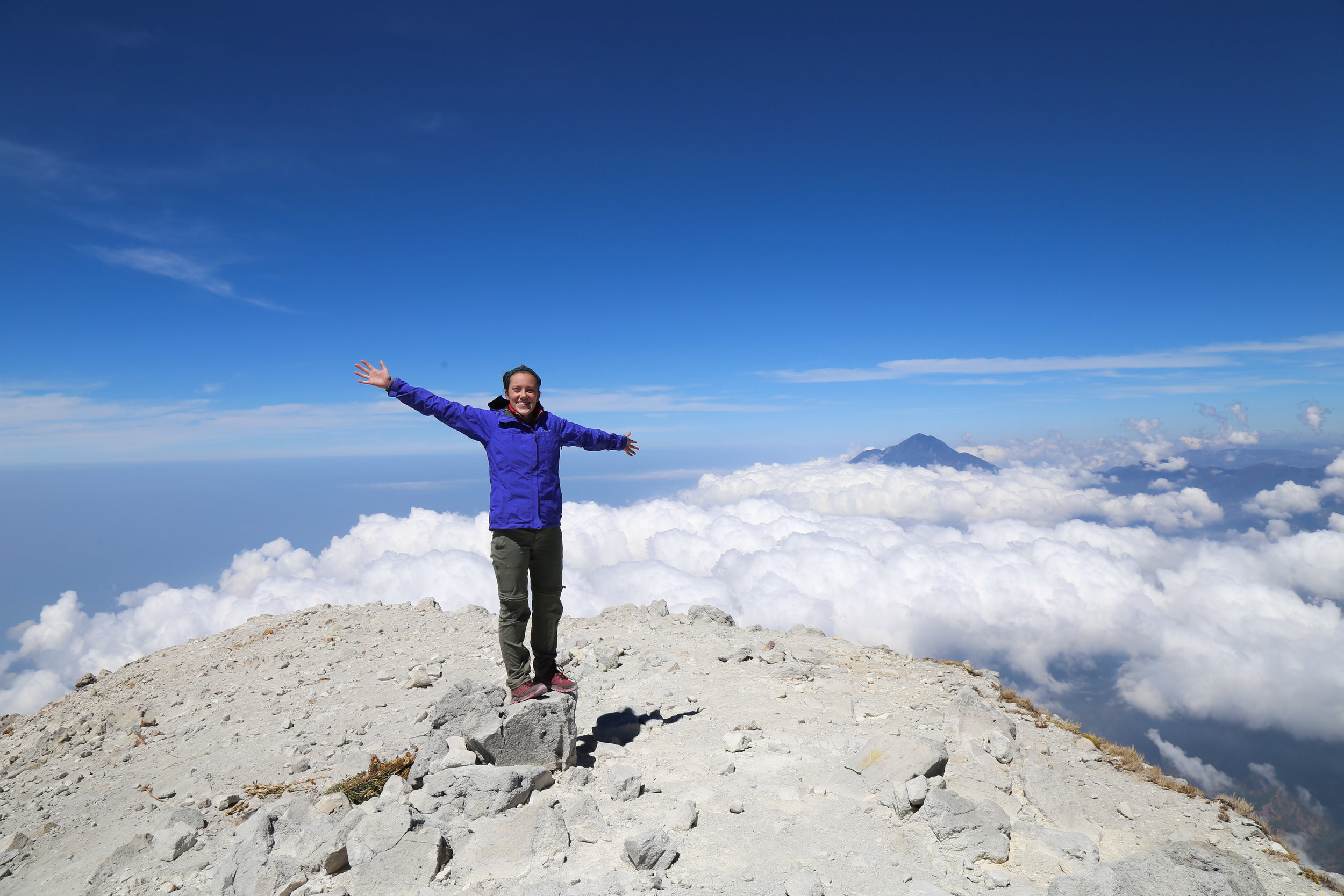 The view from the top! An absolutely breathtaking hike that has inspired me to make climbing mountains and volcanoes something I do more of.