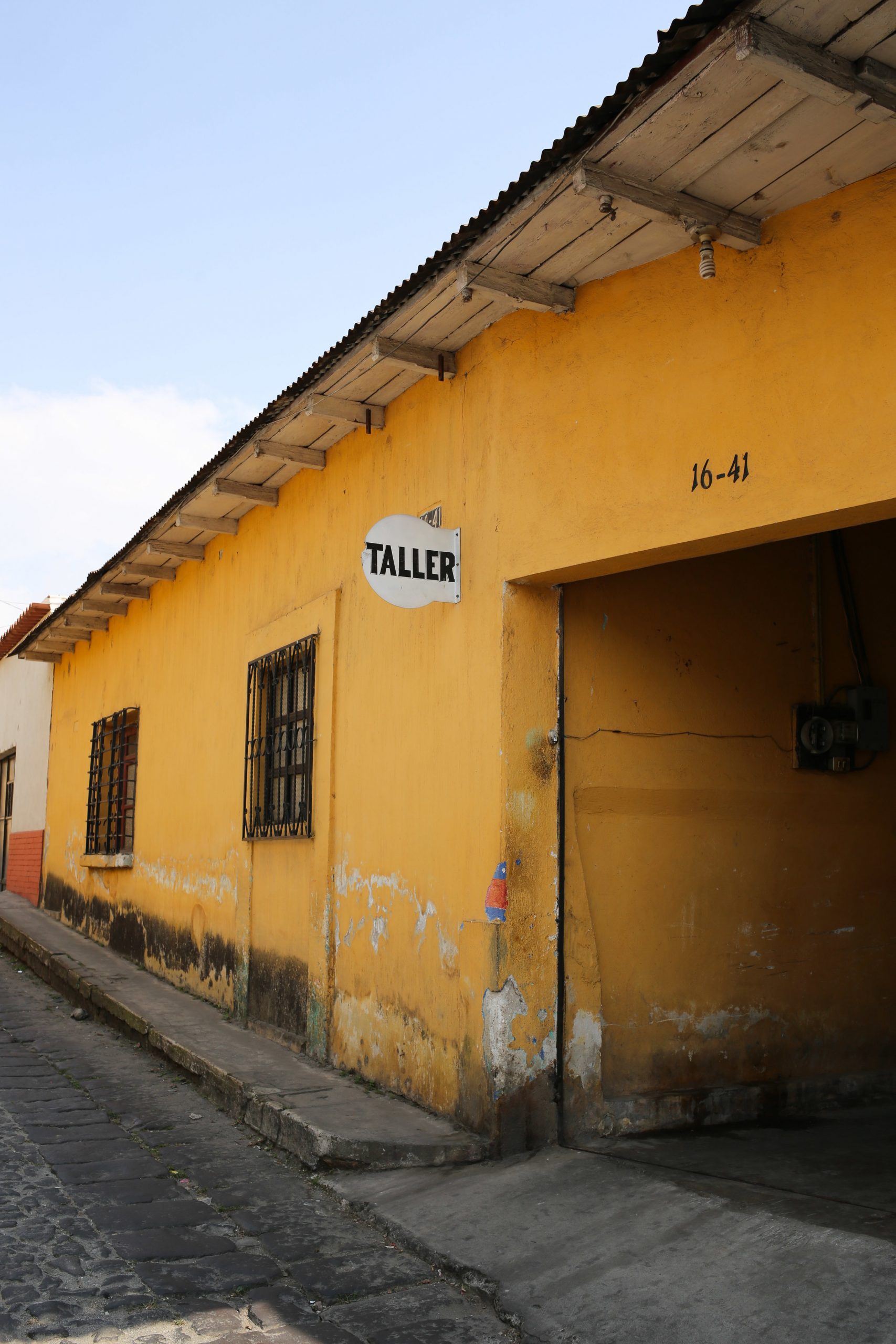 There is no better way to learn a language than through complete immersion. You will learn from a native speaker and get to practice your newly acquired skills daily with the locals while still playing tourist.

This is exactly what I did for two weeks in Quetzaltenango, Guatemala.

The morning of March 5th I was rudely awaken by my alarm at 5:30am. It was sadly time for me to leave Mexico and continue my journey south. I was leaving from San Cristobal de las Casas, Mexico and was headed for Quetzaltenango, Guatemala (also known as Xela). In total it was a twelve hour journey  by bus through the Chiapas mountains of Mexico and through the northern part of Guatemala.

When I arrived in Xela, I was dropped off at the language school I would be attending for the next two weeks, and was greeted by the director, a kind, eloquent woman named María. At this point I could speak only very broken Spanish (I had only every studied french in school) and the entire greeting was conducted in Spanish. I made out what I could and then waited for someone from my host family to meet me at the school and show me back to the home I’d be living in the next two weeks. Antonio, my host mom’s sixteen year old son, showed me the way home. He was very tall and fair skinned, looking considerably different from most Guatemalans. He was very friendly. He asked me many questions, and was patient and helpful as I attempted to respond in Spanish. The house was less than ten minutes from the school, making for an easy walkable commute each morning. That night I spoke with Antonio for hours and had dinner with the rest of the family (neither of which speak any english at all) before going to bed completely exhausted. 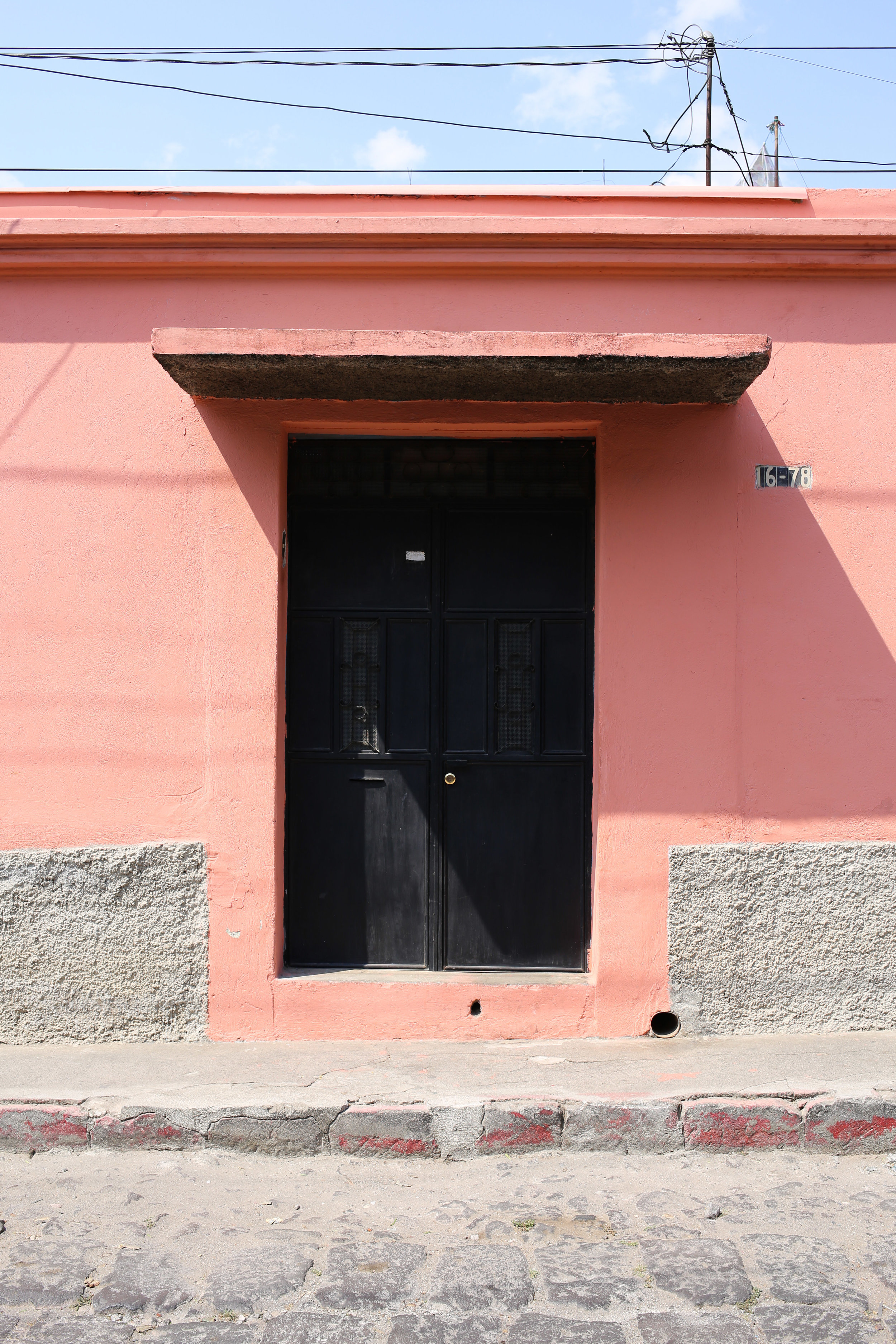 My home in Xela

The next morning I started class and met Irina, my incredibly kind Spanish teacher. I would spend the next two weeks with her, Monday through Friday for five hours a day. I really enjoyed learning Spanish. It was extremely tiring and I would often be in bed by 9PM but it was rewarding to be able to use what I learned in class and be able to speak more with my host family. My days would start at 7AM with my host mom, Catalina, preparing breakfast for me before I left for class. Class would last from 8AM to 1PM with a short break in the middle. Afterwards, I would go home to lunch prepared by my host mom.

The afternoons were usually spent walking around the city, going to a restaurant to watch soccer, or taking a coffee at a coffee shop. Xela itself isn’t the most picturesque city. It’s the second largest city in Guatemala, however it doesn’t feel like it. The homes and buildings are all one story and relatively small. The streets are very narrow, as are the sidewalks which are only wide enough for one person. Every time you are about to pass someone you have to turn sideways just so the both of you can fit. Although it’s not the nicest of cities I was still able to find my regular spots that I enjoyed visiting. One of the most incredible features of the city is the towering Volcano Santa Maria that overlooks the city. It resembles the sort of Volcano you’d draw as a kid, extremely steep and pointy. It was a magnificent site I never got tired of looking at. 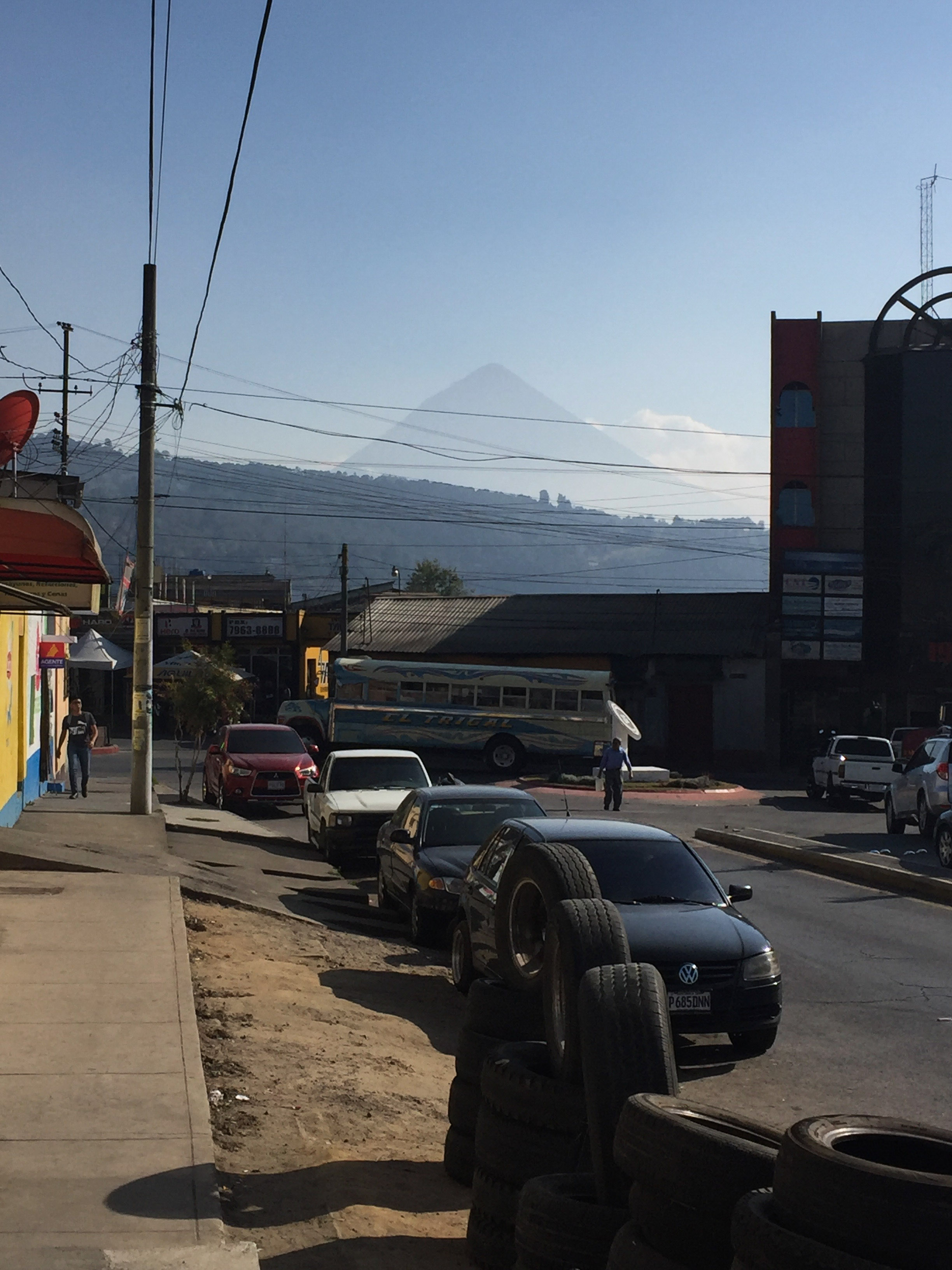 This experience allowed me to not only introduce me to another language, but it also gave me first hand experience into Guatemalan culture. Part of this cultural experience was eating like a local. My host mom cooked three meals a day every day for the whole family, including me. Most commonly we ate eggs, beans, and a lot of corn. I never knew all the ways one could consume this grain. I had corn tamales, corn on the cob, corn tortillas, corn flakes for breakfast, and even beverages made from corn! I quickly grew to love this plain tasting staple, especially accompanied with a fire roasted tomato sauce, eggs, and beans

Besides Catalina and her son, Antonio, there were two others living in the home. A seventeen year old girl named Yacquelin from another town but studying in Xela and an older woman in her 70’s or 80’s who loved soccer and was constantly fighting back laughter as she spoke. The four of them treated me with such kindness that I felt right at home for the two weeks I lived with them. 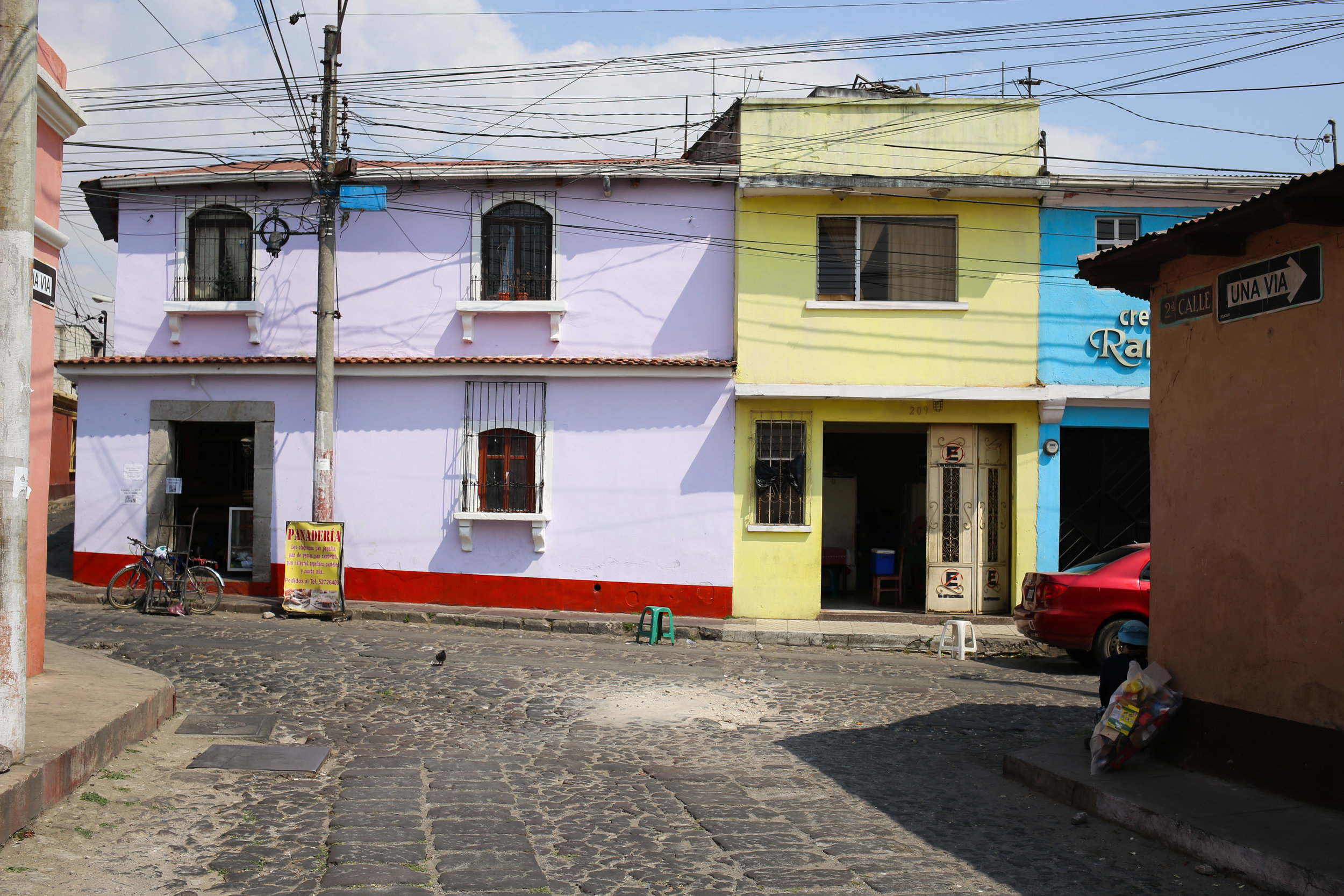 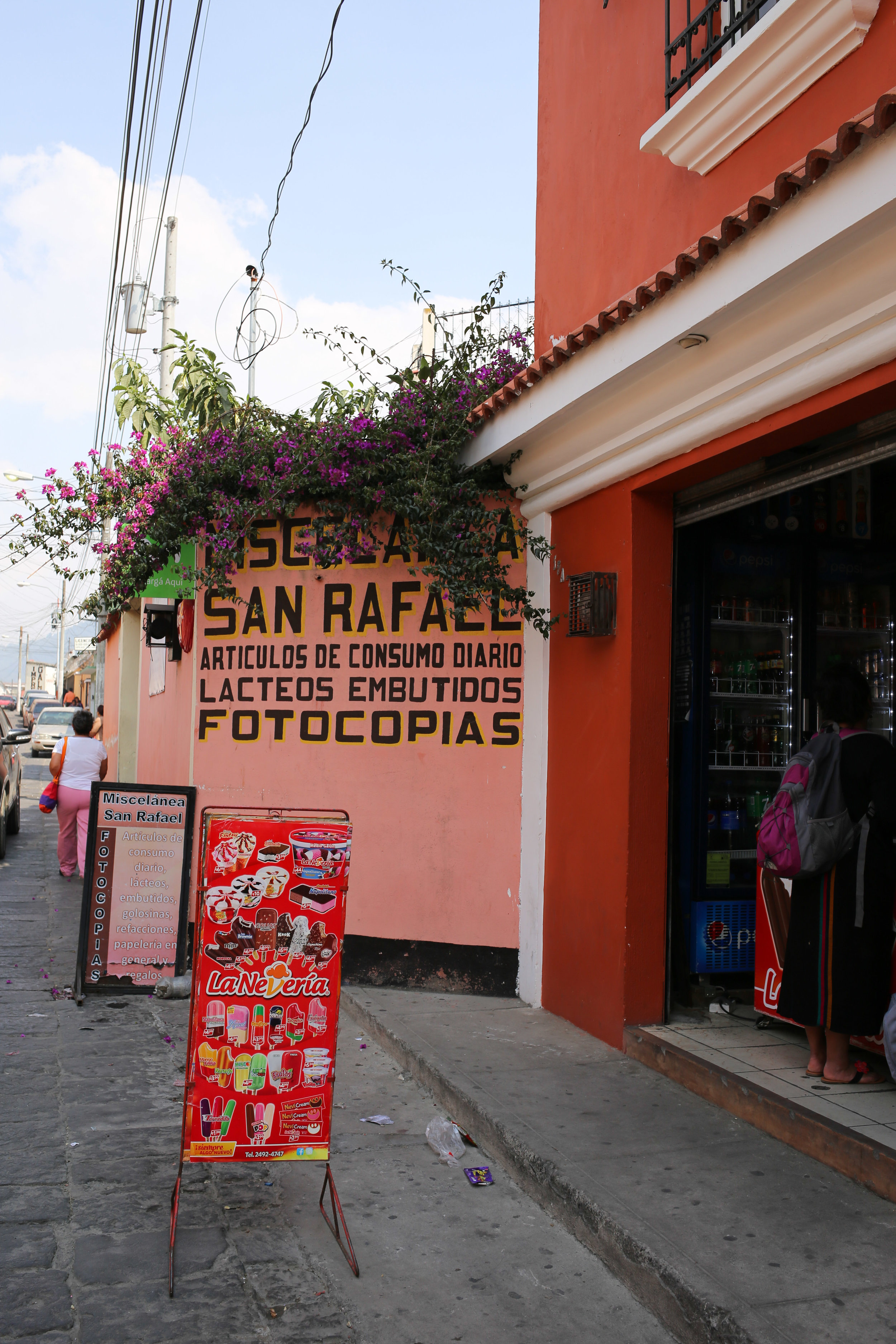 It was sad to leave my host family when my two weeks came to an end. However, I had exciting plans to visit parts of Guatemala that I didn’t see last time I was here. From Xela I went to Lake Atitlan and from the lake I went to the stunning colonial city of Antigua.