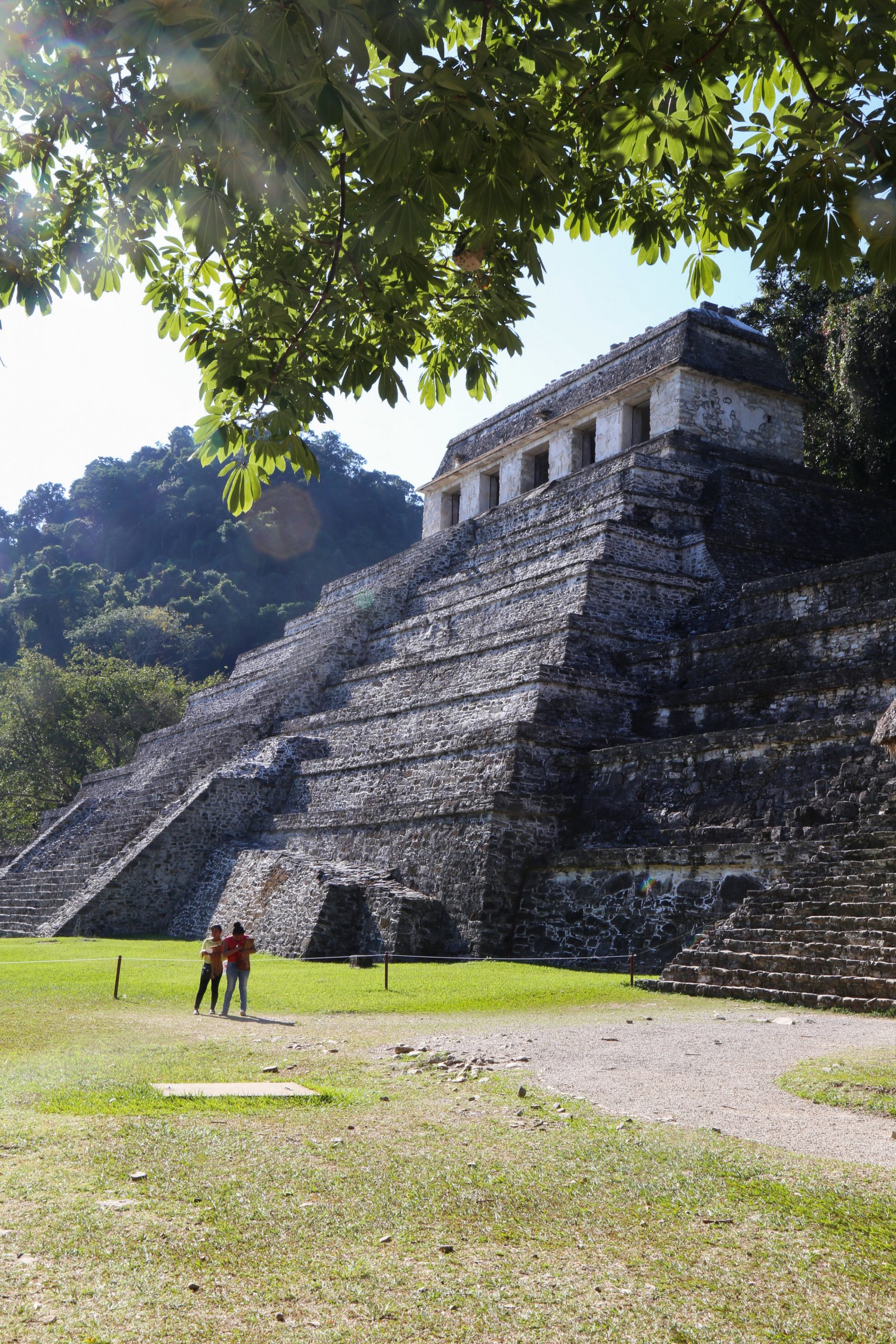 It has been nearly four and a half months that I have been in Latin America so I think it’s about time I give an overview of where I have been thus far! I’ll go ahead and tell you, yes your’e seeing that correctly, almost five months and I’ve “only” been to two countries. Actually, I am writing this from Colombia so we can say three. Anyhow, I had no time constriction and no set plan so I was free to visit where I liked when I liked, and to be honest I fell in love with Mexico so I spent close to four months there.

Below is a map of the places I’ve visited since November 2017, the day I started this trip. The sporadic pins are places I visited when Mexico City was my home base for two months, as well as places I went when my mom came to visit. After I left Mexico City for good you can follow my trail and where I stopped (indicated by the lettered points). 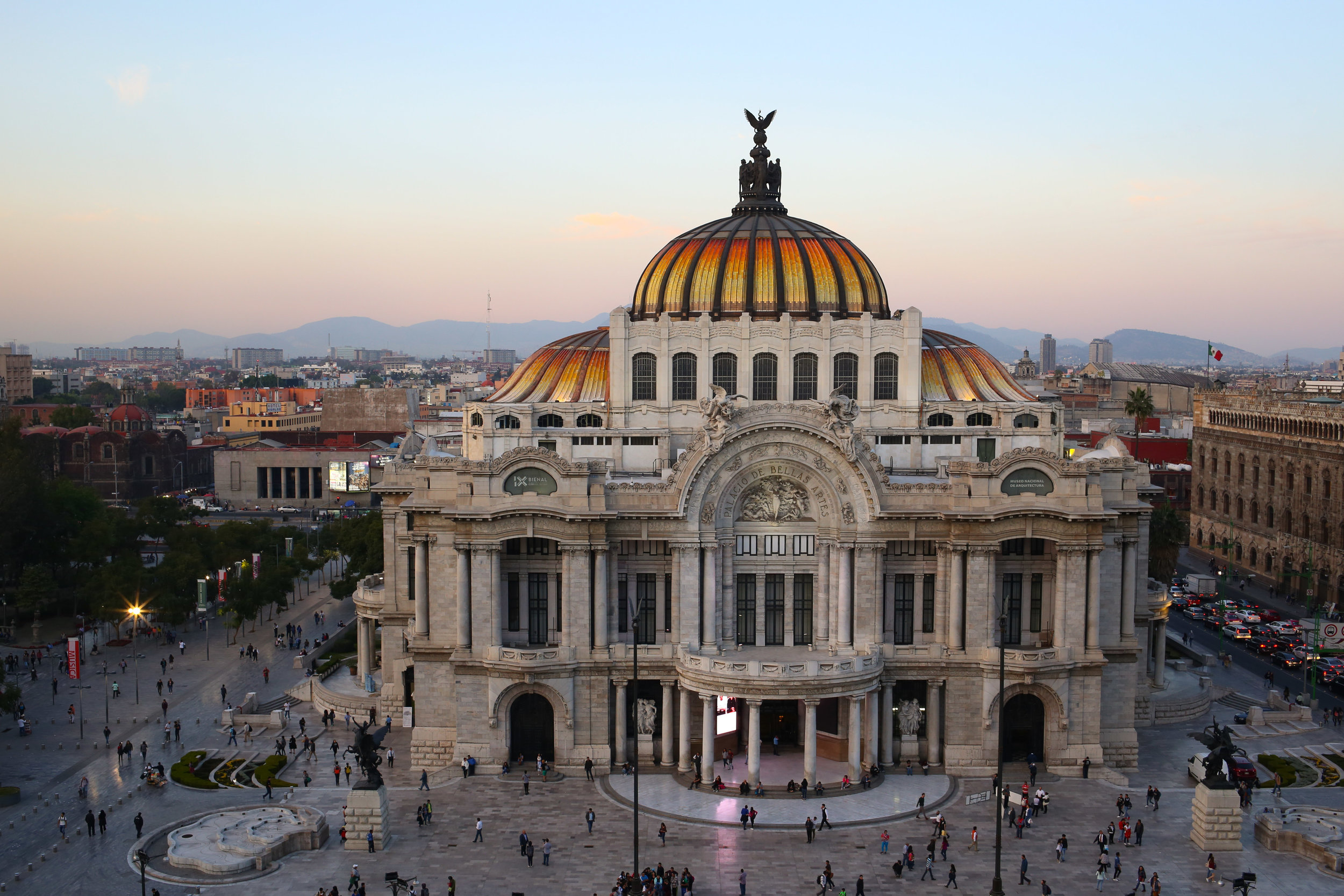 There is something about Mexico City that has made it the most special place I have yet to visit on this trip. It may be because of the city itself, the people I met, the amount of time I stayed, the fact that it was my first stop, or most likely a combination of all of the above. The culture is so vibrant, the food amazing, the nightlife exciting. Overall, it’s a city with a soul and a pulse you can feel. 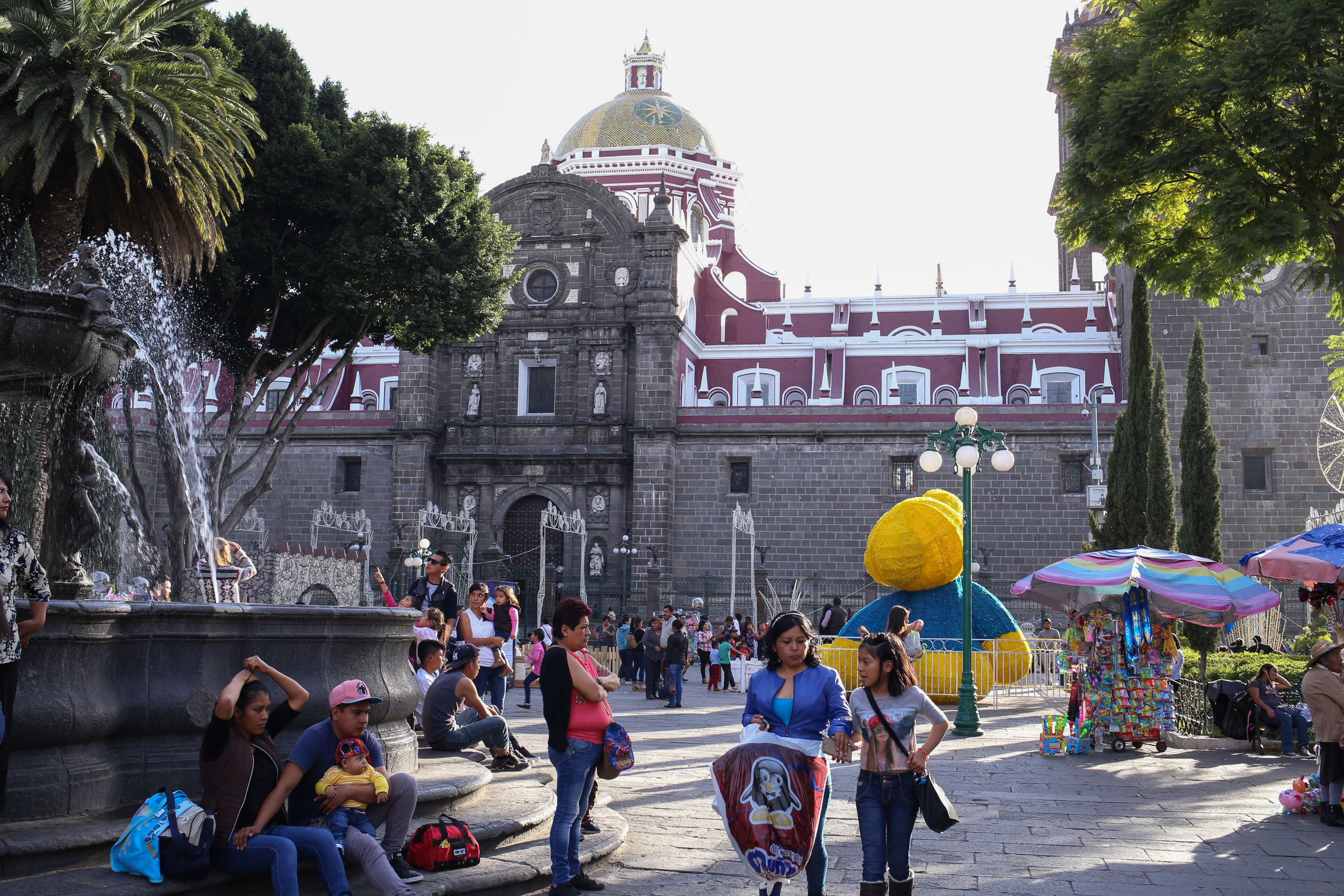 Puebla is a two hours bus ride from Mexico City, making for a doable day trip. The first time I went I was stunned by the beautiful colorful buildings, because to be honest as much as I love Mexico City it is not a particularly beautiful city. So when leaving Mexico City for the first time after a month of being there Puebla’s beauty really impressed. 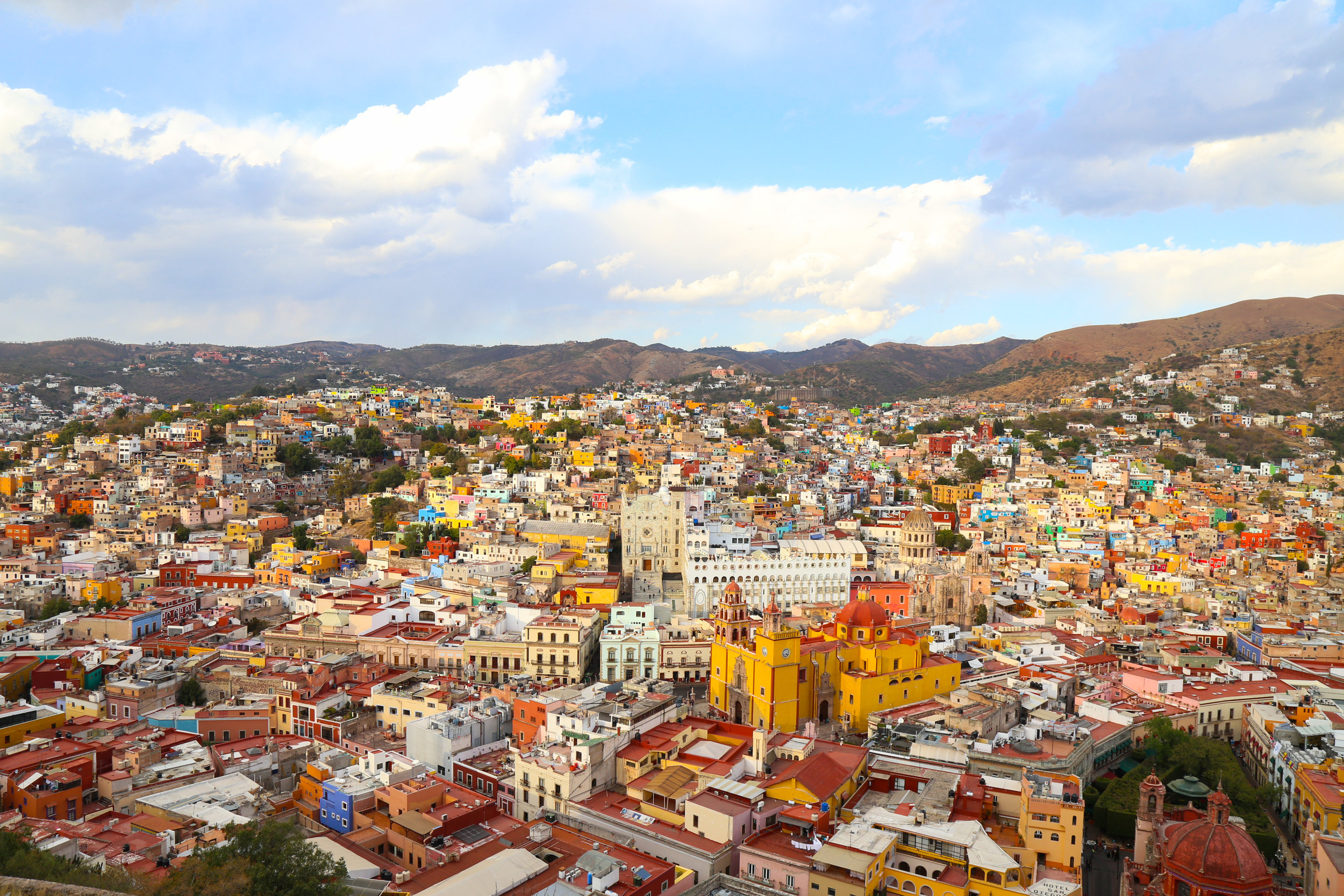 Guanajuato was the first place my mom and I stopped on our ten day road trip. We hand a wonderful Air BnB with a rooftop where we spent most evenings. We ate incredibly well and enjoyed many leisurely strolls through the colorful streets. 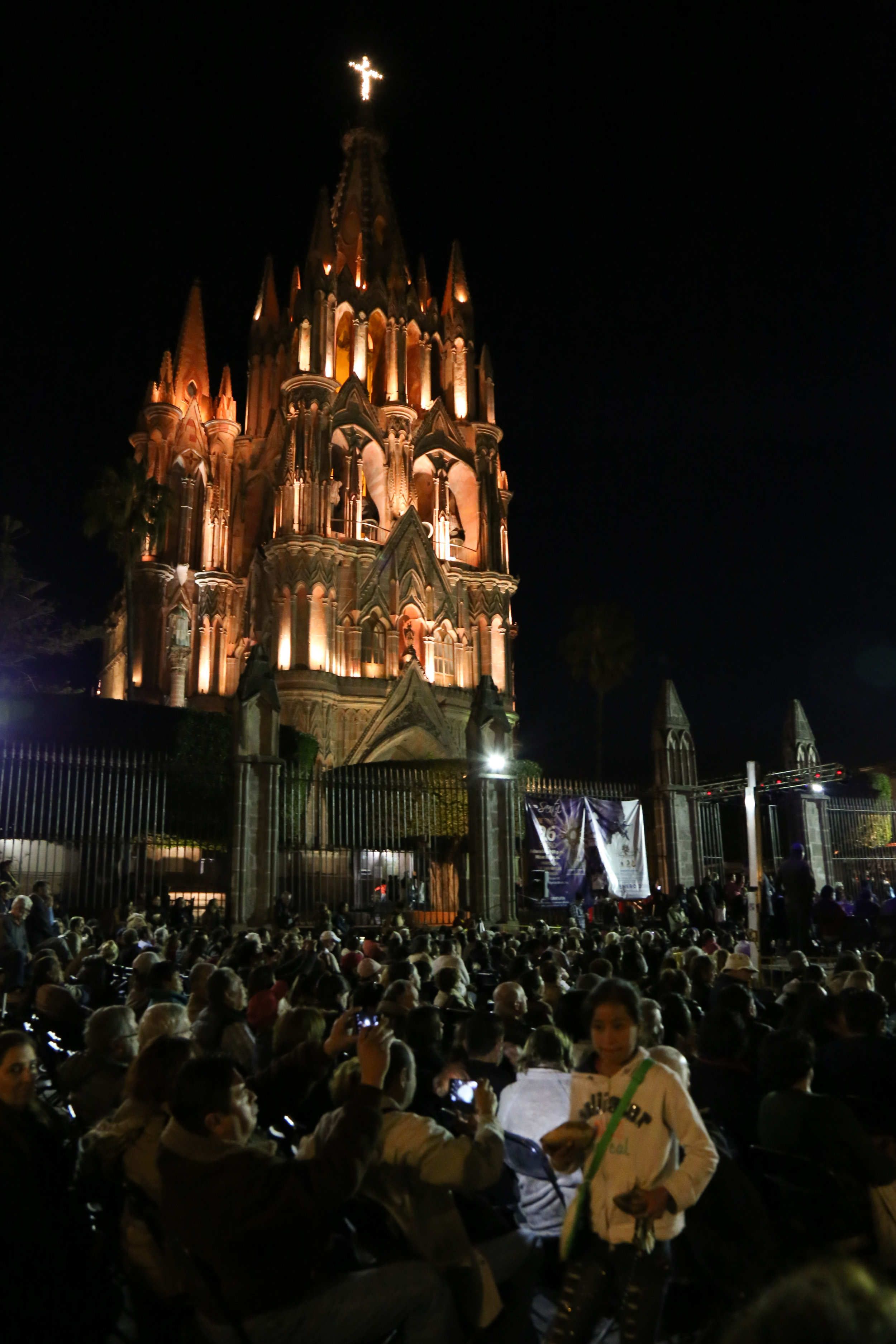 San Miguel is another beautiful colonial city, but feels much more touristic, and less authentic than Guanajuato. The weekend we were there happened to be a huge celebration for a famous revolutionist who helped Mexico gain its independence from spain. At night we sat amongst hundreds of locals and tourists listening to a very large live orchestra preform on stage. 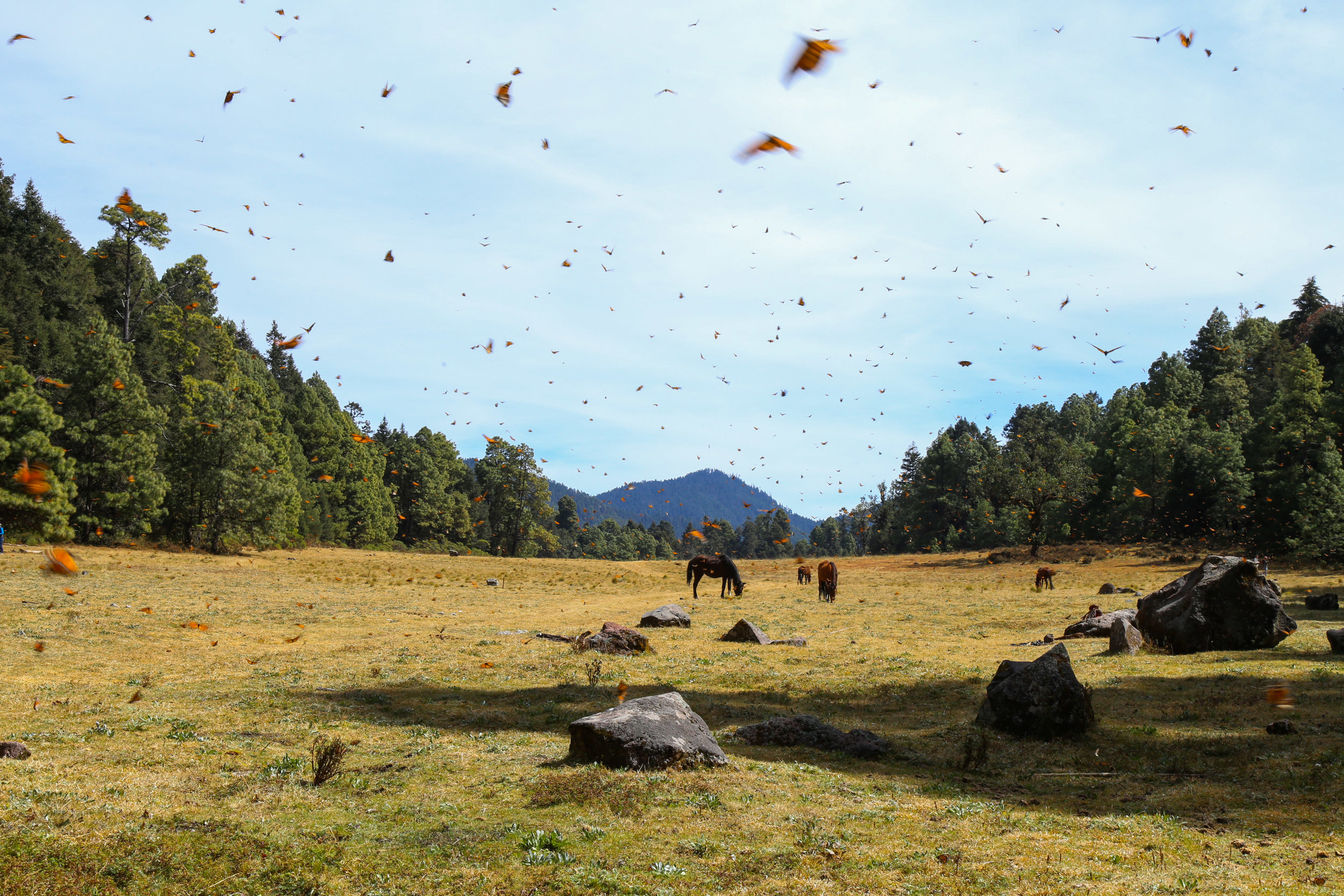 Having the opportunity to see this biological phenomenons has been one of the most unique and memorable experiences I’ve had. You can read about it in detail in this post I wrote which was also featured on Lonely Planet. 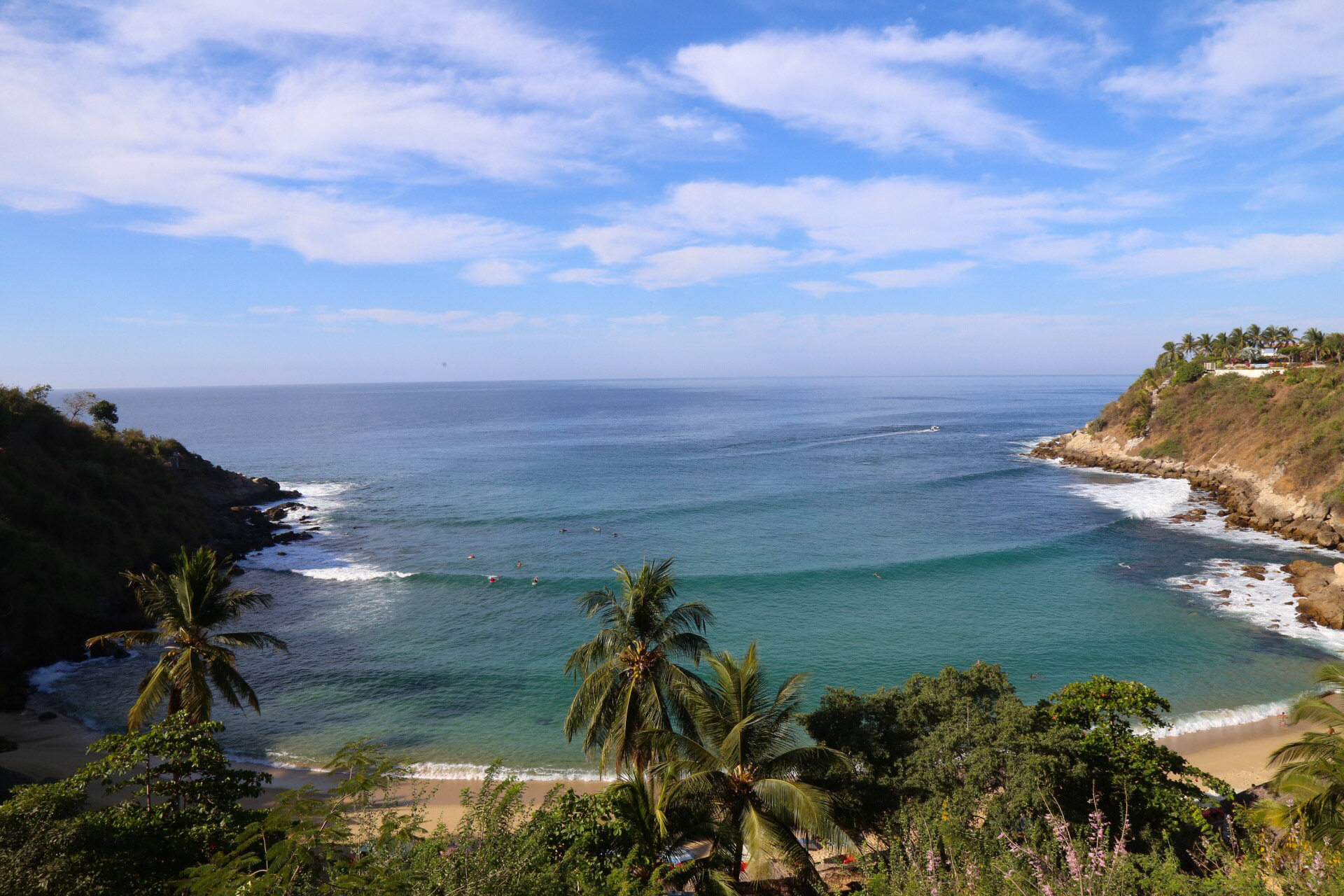 I spent three blissful weeks in this Pacific paradise. Most days would start by laying on the beach and reading a book, followed by an afternoon playing volleyball in the pool, and the evenings spent watching the sunset at the beach or on the rooftop. One the most memorable experiences was when six of us went sport fishing fifteen miles offshore and caught a monstrous fourteen kilo mahi that our guide filleted for us to take home. That night we prepared a massive feast with our catch of the day. 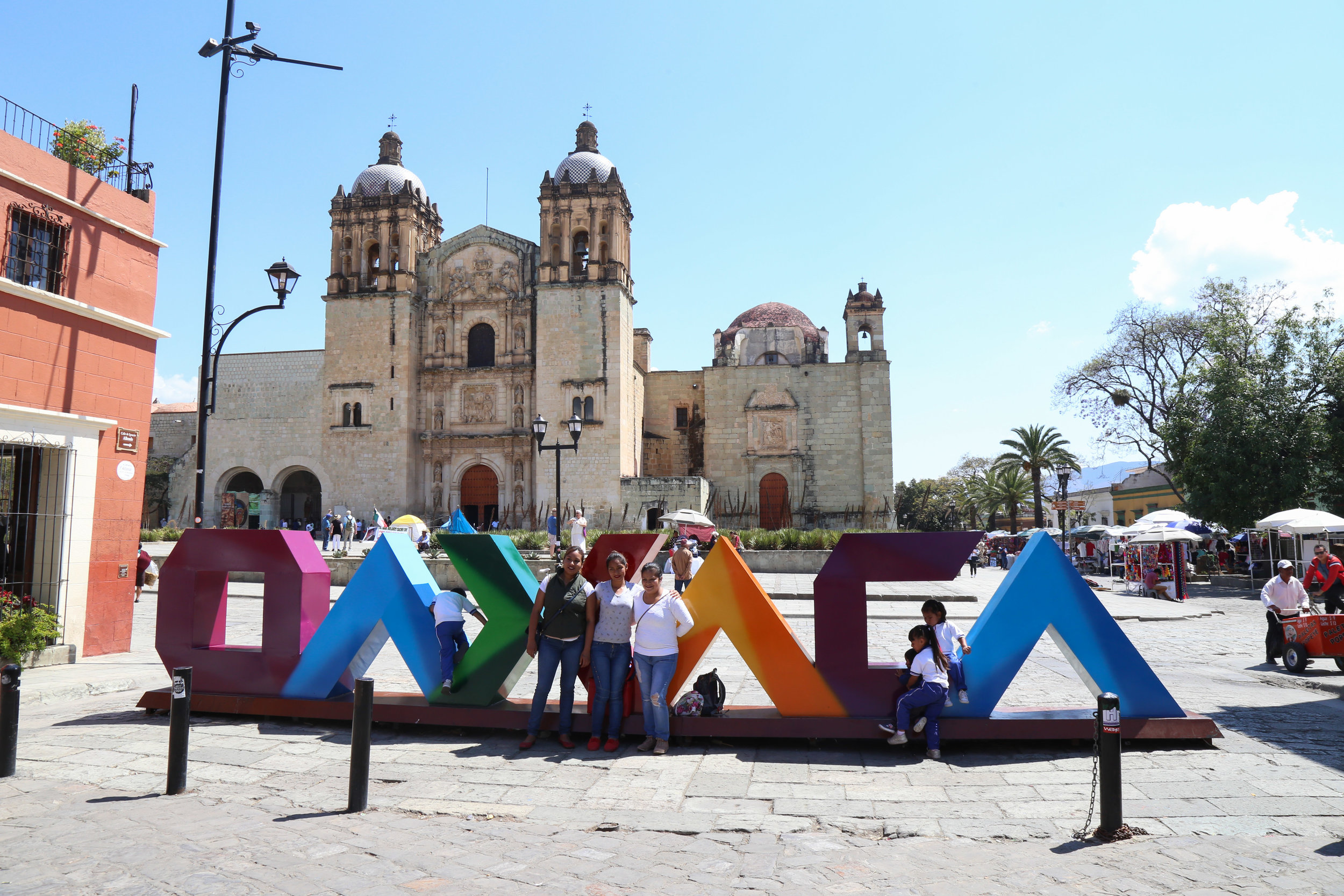 As far a cities go (not including Mexico City) Oaxaca may be my favorite from what comparable cities I’ve seen in Mexico and Guatemala. The city is full of activity, but not just for tourists, the climate is wonderful, but most of all the food is absolutely incredible. 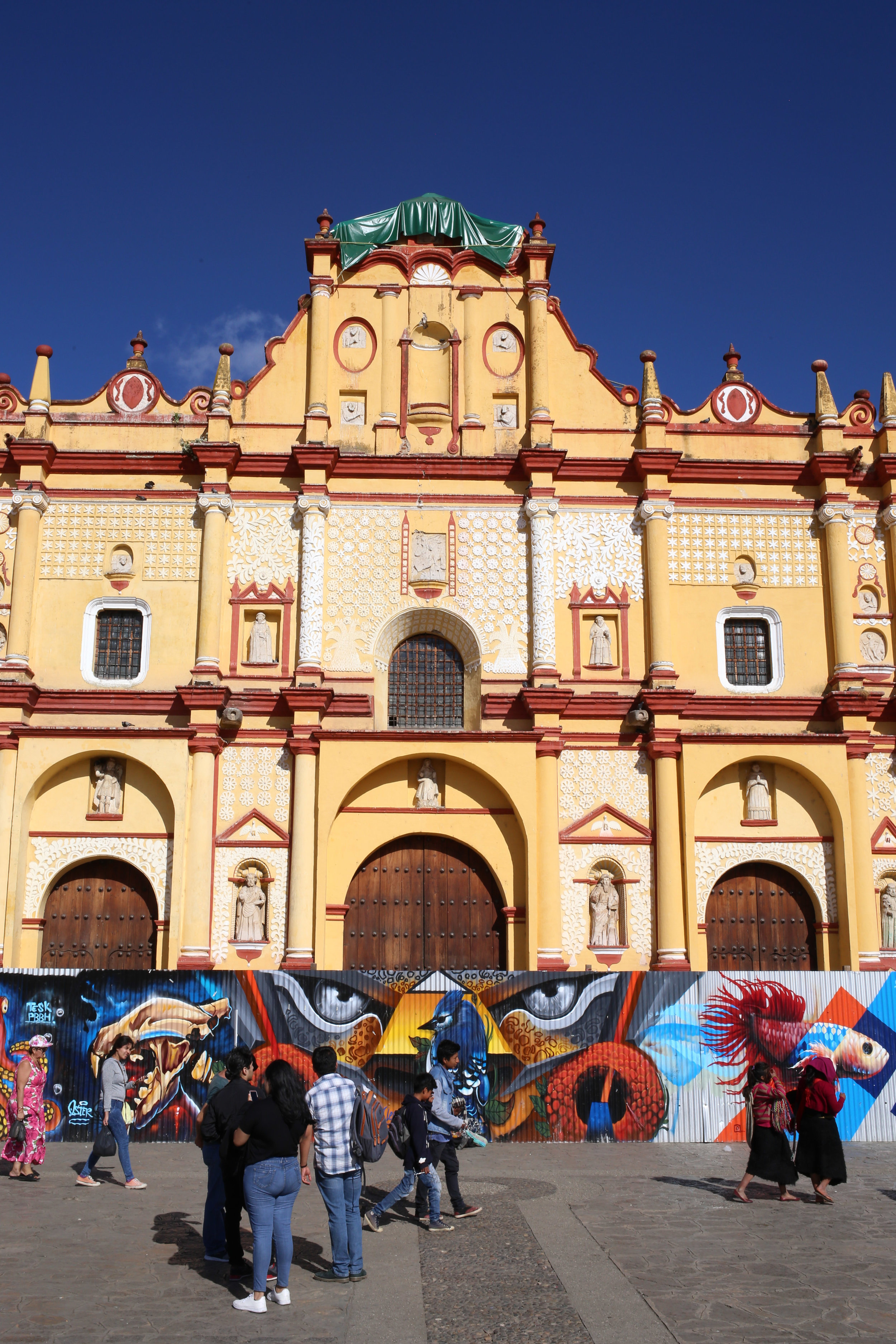 I had heard a lot of good things about San Cristobal since the beginning of my trip, and don’t get me wrong, it’s very pretty, however it was not my favorite. It is a relatively small city that felt overwhelmingly touristic. It was still a pretty town in the mountains to discover for a day or two. 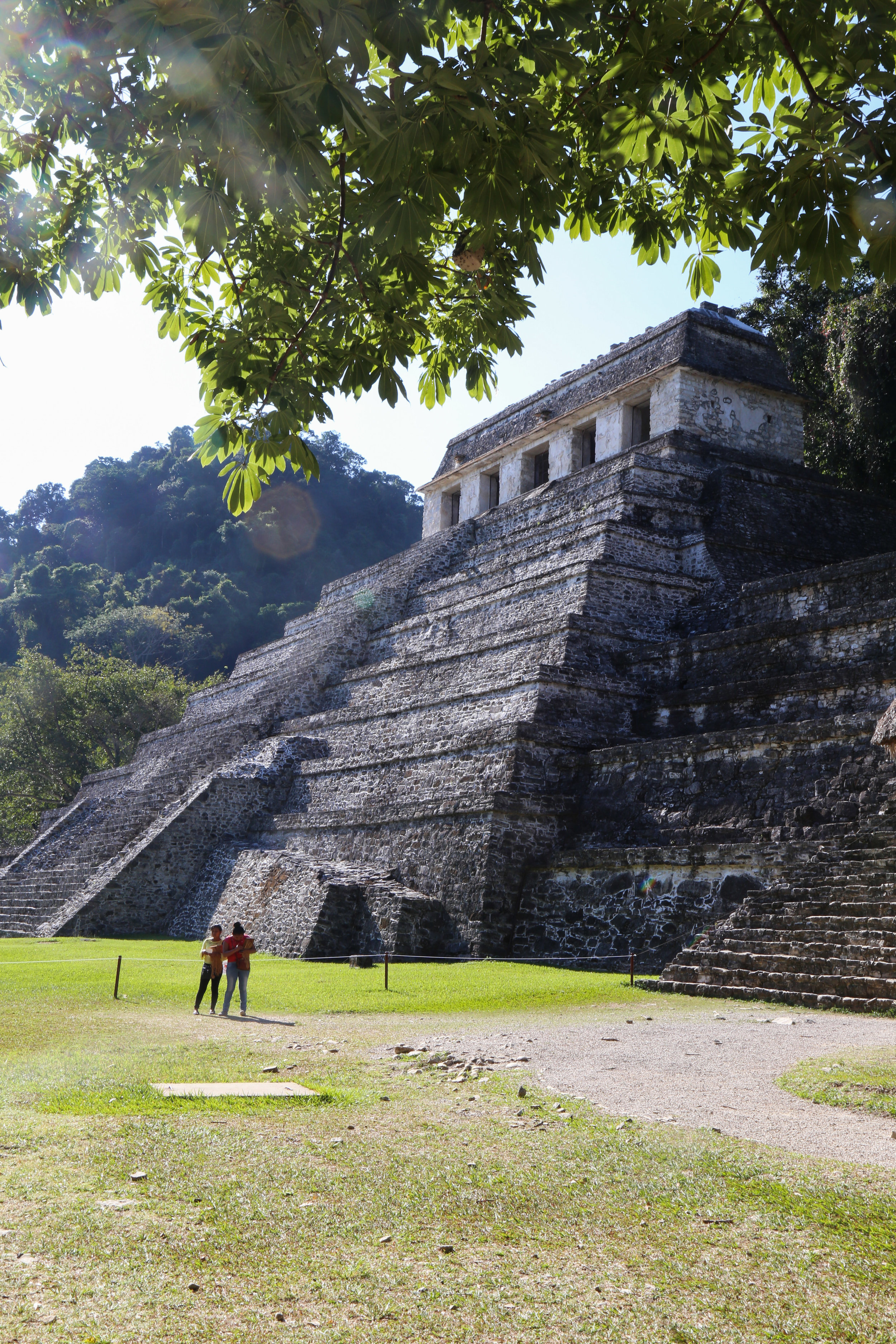 From San Cristobal I took a one night excursion to see the ruins of Palenque. We stayed in the coolest little jungle village and listened to the howler monkeys while eating and drinking in a candlelit outdoor restaurant. 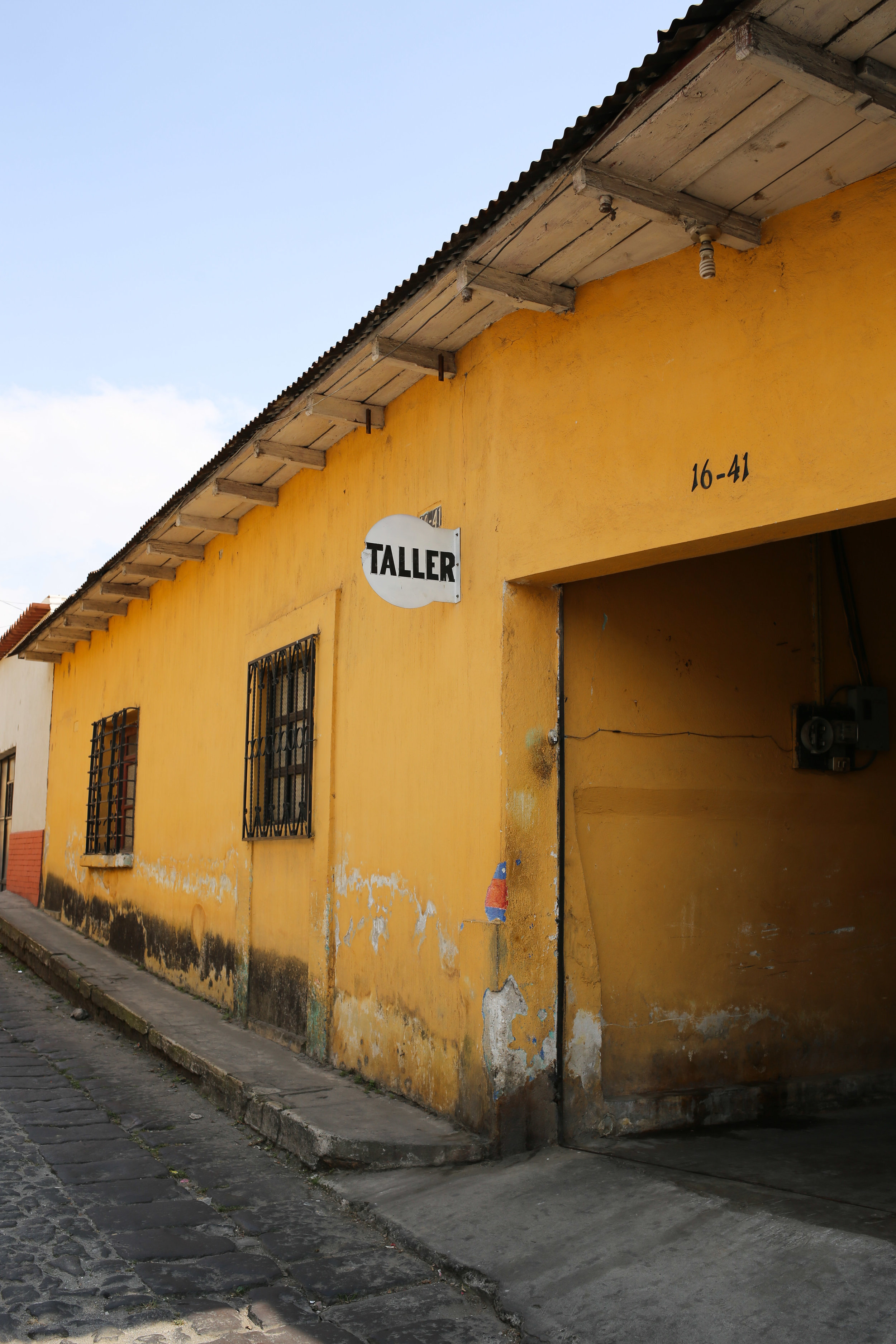 From San Cristobal, I crossed the border into Guatemala. After a twelve hour bus ride I made it to Xela, where I would be studying Spanish and living with a host family for two week. During my time here I also climbed Central America’s tallest peak! 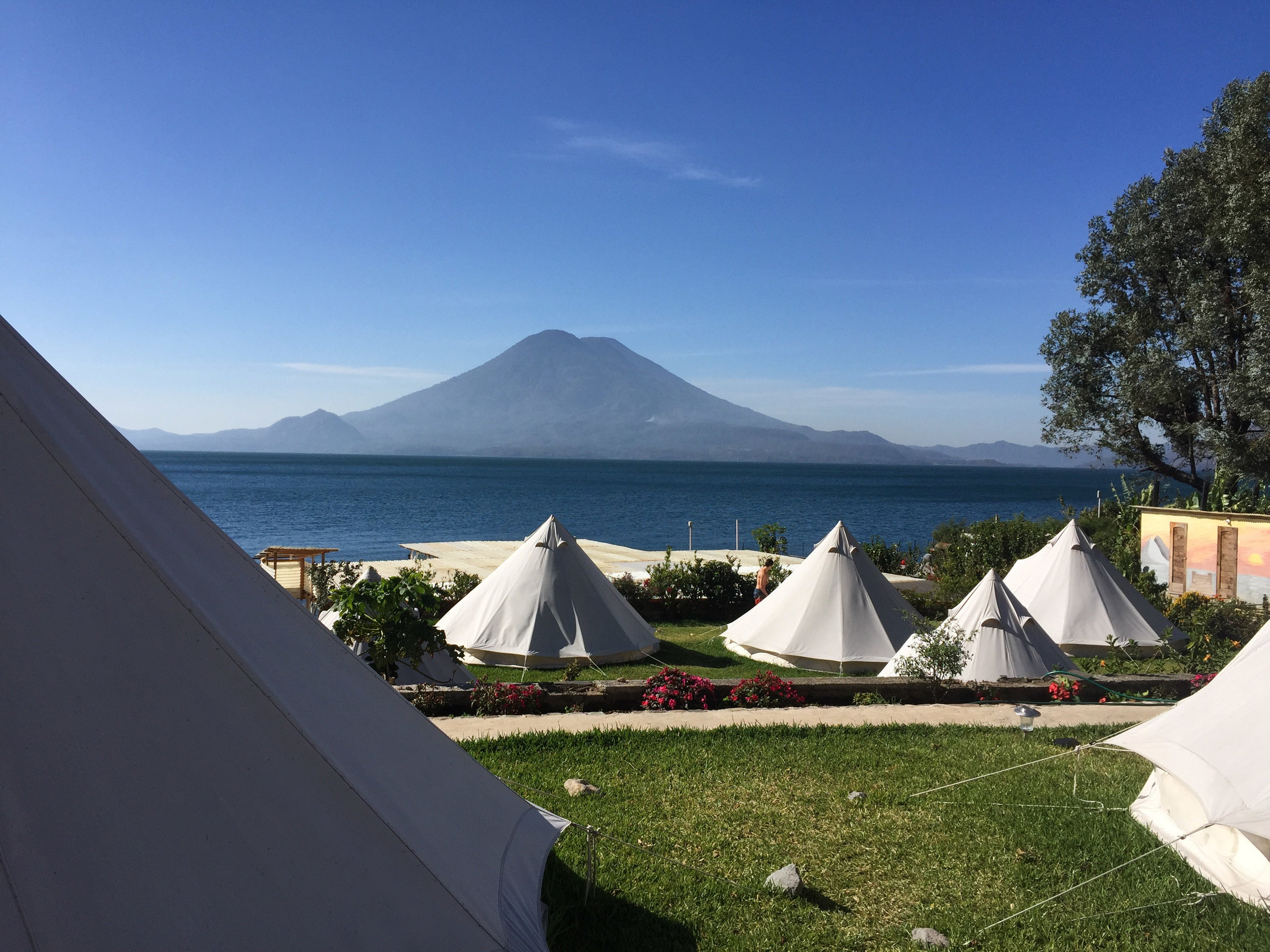 Lake Atitlan is an incredible lake surrounded by volcanoes. My two nights here were spent camping in tipi like tents, cliff jumping, and laying on the dock admiring the spectacular views. 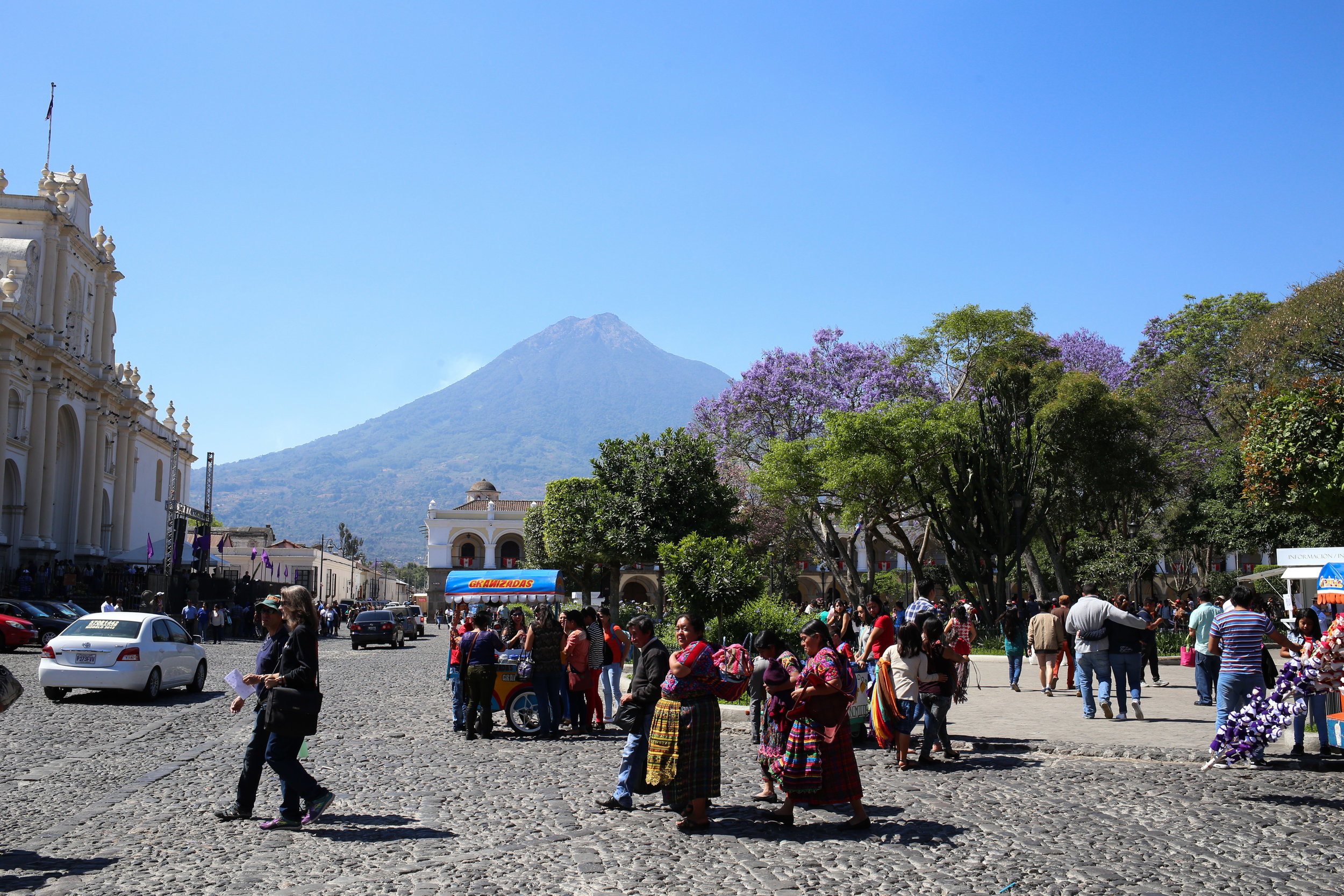 Antigua is a stunning city. Extremely clean, well landscaped, and surrounded by breathtaking mountains and a volcano! I was there during Semana Santa, holy week leading up to Easter. I had the best coffee of my trip here and watched my first soccer match at the local stadium. It was so fun to be amongst locals as they wildly cheer for their team!

That concludes my journey through Mexico and Guatemala! I flew out of Guatemala City March 28 and arrived in Bogotá, where I will spend the next few weeks. After that, who knows! That’s half the fun of traveling, complete freedom to go wherever you want whenever you want.